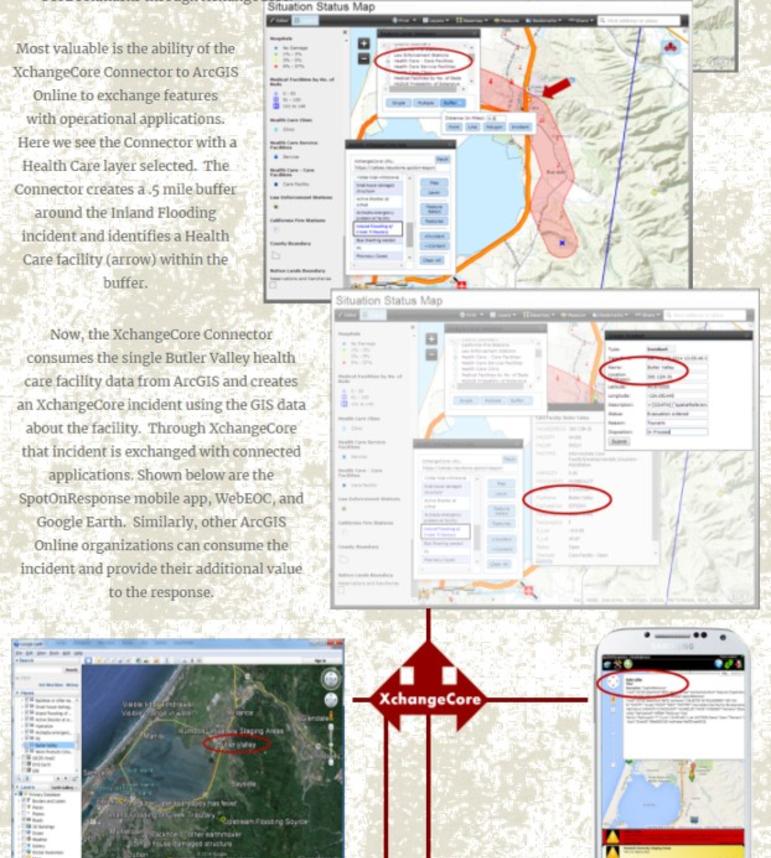 Although XchangeCore supports many GIS applications, ArcGIS is the geospatial repository for XchangeCore.  The XchangeCore Connector for ArcGIS Online was sponsored by the California Governor’s Office of Emergency Services and is available at no cost to responder agencies. 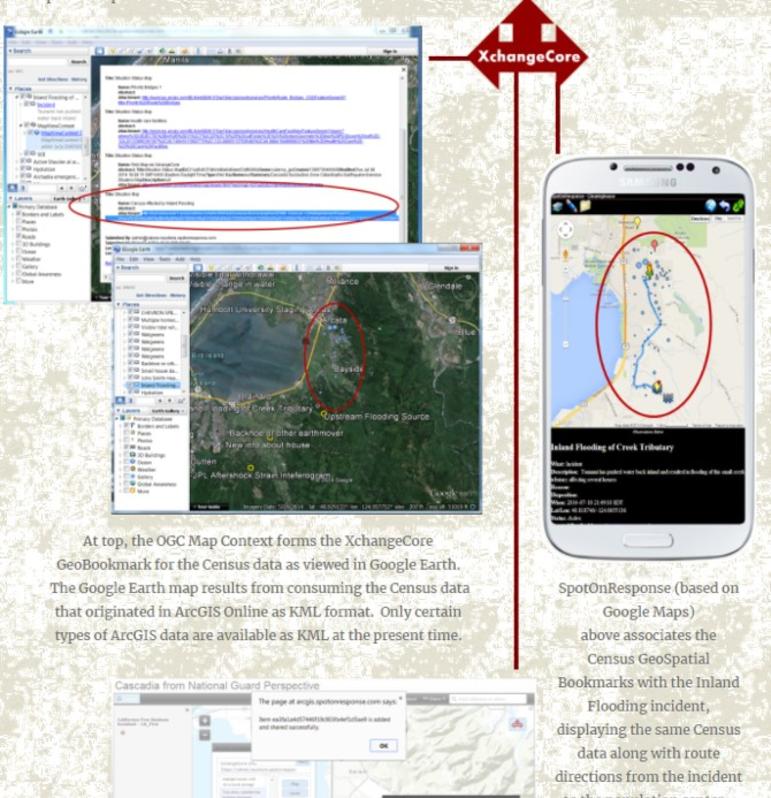 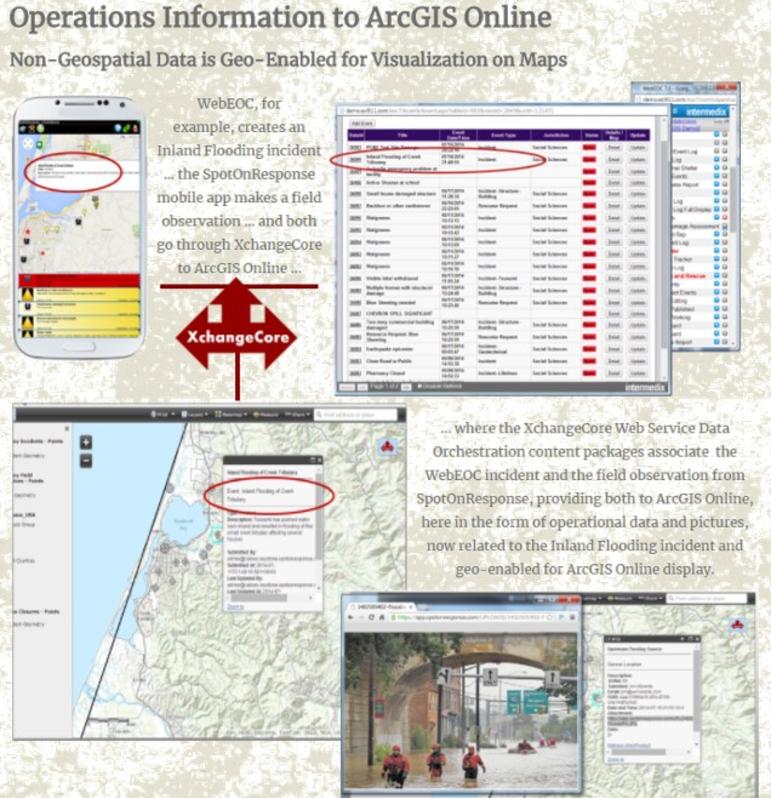 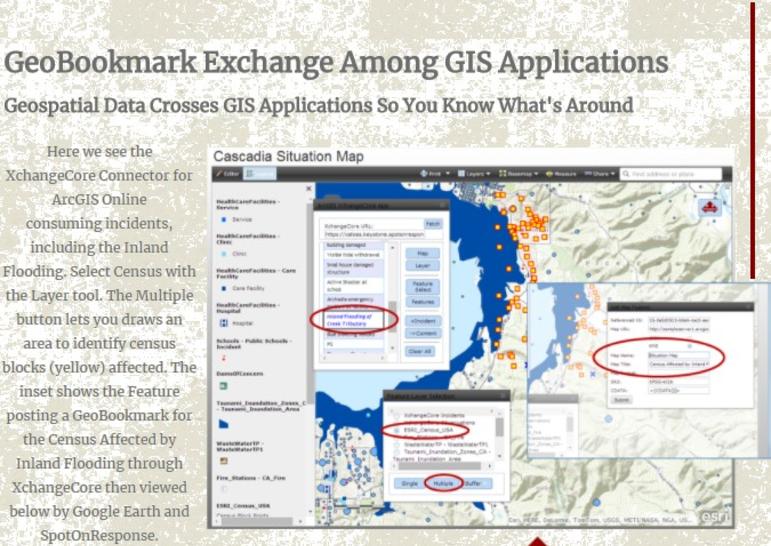 Why A Geospatial Repository

Understanding how emergency management decisions are made using both geospatial information and non-geospatial incident information made it critical to develop the ArcGIS Online XchangeCore Connector. It is a bridge between those interested in seeing awareness maps and those who have operational decision-making responsibilities that require two-way collaborative exchanges to fuse a variety of data together for operations which eventually will be plotted on a map.

In support of geospatial data sharing, XchangeCore helps narrow and share the specific geospatial data that is involved in an incident.  For example, when an incident occurs that affects 10 blocks of a community, responders want to know the schools, daycare centers, and clinics in those ten blocks and a two-block buffer around that area.  The AGOL XchangeCore Connector quickly marries the incident location (provided through XchangeCore from a weather service report or from field observations or from a dispatch system) with the relevant AGOL data layers and returns to XchangeCore the exact reference to geospatial data representing structures, businesses, or environment involved in the emergency.  That spatial reference then becomes a “GeoBookmark” in XchangeCore which notifies all the connected applications that are authorized to see the new information.  Nearly instantly, many different applications – some geospatial, some not – in different jurisdictions are seeing the same data.

“As map based visualizations become primary mediums for decision makers, the ability to object link non-geospatial data will be a critical tool for decision makers,” said John Boyes, Senior Technology Director at Leidos, one of the XchangeCore Community developers of the AGOL XchangeCore Connector.  “Linking rosters of occupants, employees or students or pieces of critical infrastructure to locations or rooms can have a positive impact on emergency response decision making.”

The bottom line is that emergency management and responder agencies make better decisions using existing incident management software that is joined to ArcGIS Online through XchangeCore.

XchangeCore Connector for ArcGIS Online Built by the Community

The California Governor’s Office of Emergency Services supported the collaborative development of the XchangeCore Connector for ArcGIS Online teaming with Esri, SpotOnResponse LLC, and Leidos, Inc. CalOES has made the connector software available and SpotOnResponse LLC hosts the connector for use at no cost to government agencies.  The source code is available by request, licensed for all improvements based on the connector be shared back to the XchangeCore Code Library through the open source license.
​ 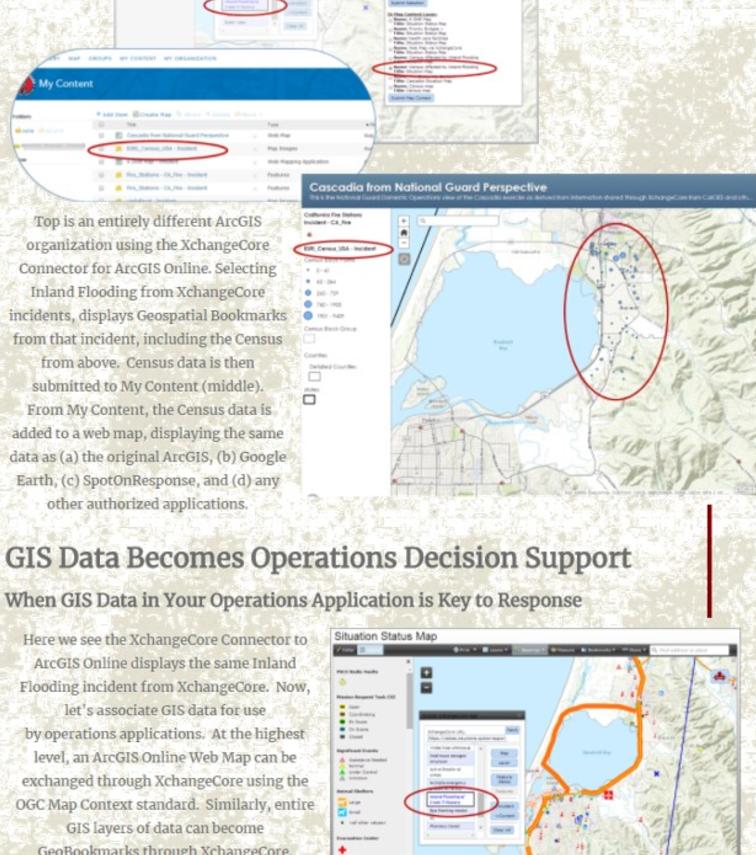 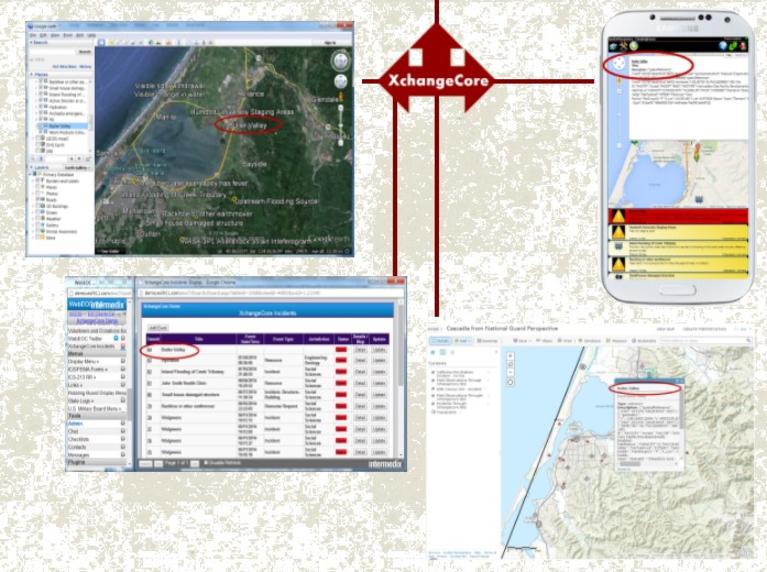